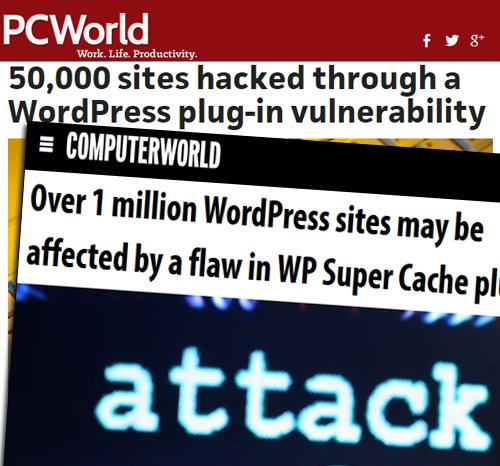 Why Exploits Are The BIGGEST Threat To Your Site Security Today

Each Year 1000’s of New Vulnerabilities are discovered that Allow Hackers To Break In and inject sites with ransomware, malware, defacements, phishing portals and spam to say nothing of stealing your visitor’s personal information. This costs you thousands of dollars in lost leaving you at great.

Vulnerabilities are programming mistakes that allow hackers to break into a website. So the main reason why security is such a big issue today is human error… It’s the reason for most accidents & the reason for 98%+ of hacker attacks. inject 50,000 sites with malware, defacements, phishing portals & spam

In March of 2015 WordPress admitted that there was a major vulnerability that allowed hackers to launch amplified brute force attacks leaving ALL 73 million WordPress sites totally exposed.  It’s absolutely crazy that in the past decade of increasing hack attacks on WordPress sites, not a single security plugin out there has focused on the way that hackers use most often to attack sites.

We’re absolutely serious, if you take a look at the “best” security plugins on the market then you’ll find that they either harbor exploits themselves, or they do little or nothing to protect your sites against the number one threat.

As a minimum you need to protect against:

Since 92% of ALL hack attacks against WP sites are done via exploits so why wouldn’t you protect your sites against this?

Exploits are now the #1 risk to any WordPress owner. The biggest problem is NO QUALITY CONTROL – many WP plugin & theme writers are not trained in secure coding practices & the code isn’t checked so your site becomes a security guinea pig.

If your site gets hacked, you’ll likely Get Blocked By Search Engines For Hosting A Fake Store, An Attack Site or A Phishing Site…

There’ s nothing worse than being told by one of your customers that your site is blocked by Google.

But it gets worse – even before your site gets blocked though there’s a very good chance that many of your visitors will become victims of hacking simply because they visited your infected site!  Their PC’s may be infected with password stealing malware, their credit card details may be skimmed, or they will simply see some hactivist’s message & totally lose trust in your business.

Your Site, Your Reputation, Your Rankings & Your Domain Value Destroyed

At a minimum it’s Going To Cost You Days & $1000’s To Restore, De-Blacklist + Re-Rank your site.  After restoring your site from recent backups (assuming you DO Have Backups) your work is only just really beginning.  As bad as it will be applying to each one of the 30+ security agencies to get De-Blacklisted, consider the legal liability and all the attorneys standing by to sue for damages incurred for failing to protect your client’s personal information!

Security has been too often ignored until after your are hacked.  It has been a very expensive, almost full time job, keeping your site secure and up to date – until now. 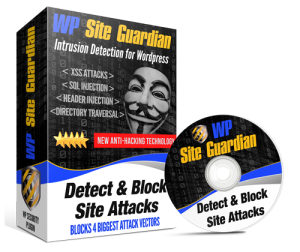 There is a new piece of software that has just been released that solves most of these problems in a totally new way.  It is called WP Site Guardian.  You can see more here.  It comes with a 30 day money back guarantee so you loose nothing by trying it.

If all this talk about XSS Attacks, SQL Injection, Header Injection, and Directory Traversal has your head spinning – know that you don’t have to do this alone.  First ask your current technical support / web master if they will restore your site, indemnify you from losses and legal issues.  If they say don’t worry about it, then you need WP Site Guardian immediately.  TekVets can work with them, to help get strong protection to secure your site, or we can install it for you and set up proper backup and safety procedures to recover in the event you do have problems.

If your site does get hacked, TekVets can help you recover.  Depending on how good your disaster recovery preparations have been it may take only a few hours and not cost much, or it may take days or weeks for us to only recover part of your site.

As the old tv commercial about maintaining your car’s transmission says – “You can pay me now, or you can pay me later”.